Put another log on the fire, top that tankard of coffee, and kick back with Please Kill Me’s Top stories of 2020…starring Poison Ivy and Lux Interior, united again in a tandem of stories by Ingrid Jensen; the tough-talking Carol Kaye, bassist extraordinaire; and a slew of great stories about women in rock ‘n’ roll, including Tina Bell, Patti Smith and Joni Mitchell. Plus, the Stones, the CIA and, last but not least, Heavy Metal Parking Lot.

Once upon a time, the poet Kenneth Patchen asked, “What Shall We Do Without Us?” (it was the title of one of his books of painted poems). During the year 2020, we have all been confronted with that question on a daily basis. We have survived this dastardly pandemic and the apocalyptically awful final days of the Trump presidency precisely because of those closest to us, those people (and pets) in our lives who have helped, supported, nurtured, cared for us—our families and friends and kindred spirits.

We at PKM feel that deeply, and we hope we have provided a “safe haven” in the past year for our faithful readers. So, without further ado, we have culled the top stories from the previous year and present them in order of their popularity, for those who might have missed them the first time around, or want to reread them (like leftover pizza, they are even better then second time around). The top story of the year was about Poison Ivy Rorschach of the Cramps. Written by Ingrid Jensen, it captured the explosive energy of the band, the affection and creative collaboration between Ivy and her partner Lux Interior, and utterly convinced us that Poison Ivy is the uncrowned queen of rock ‘n’ roll. Sometimes a follow-up to a story is even better than the original. Such was the case with this story about the Heavy Metal Parking Lot, the 1986 documentary directed by Jeff Krulik and John Heyn. The key this time is the firsthand perspective offered by Jim Powell, a Judas Priest fan who was at the concert at Capital Centre—where the footage was filmed—but was not in the documentary. Powell reflects on the lasting impact of HMPL and helps solve a mystery about one of the “stars,” Glen Burnie Girl, more than 30 years later.

3. CAROL KAYE: THE BOSS OF THE BASS GUITAR We knew Michael Shelley’s interview with longtime session musician Carol Kaye was great, but we had no idea it would be such a resoundingly popular story. Just as she did with her bass playing, Carol Kaye does not suffer fools and still knows how to throw a punch and is incapable of holding back or being boring.

4. BADFINGER: THE TRIUMPH AND TRAGEDY OF ‘THE NEXT BEATLES’ 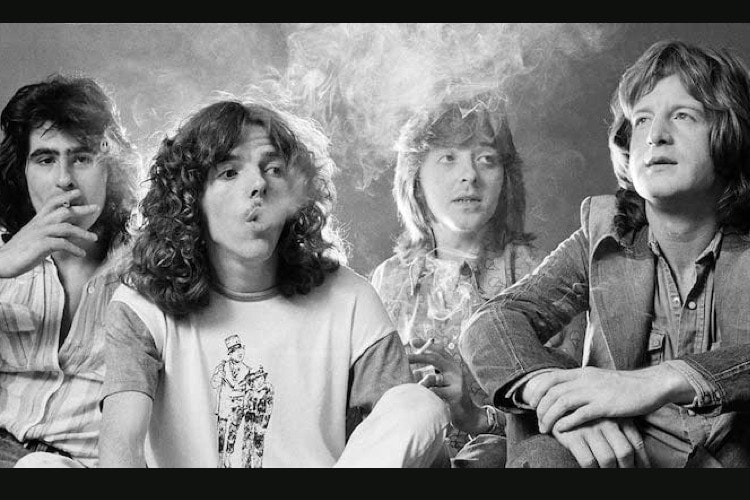 Signed to Apple with direct hands-on help from all of the Beatles, Badfinger was ‘on top of the world’ by the early 1970s. Ten years later, two members of the band were dead to suicide and the millions of dollars from their hit singles and albums were tied up in litigation. Scott Schinder chronicles the pop music cautionary tale while also celebrating the band’s musical legacy.

5. WERE WE ALL BRAINWASHED BY THE CIA WITH SEX, DRUGS AND ROCK & ROLL? 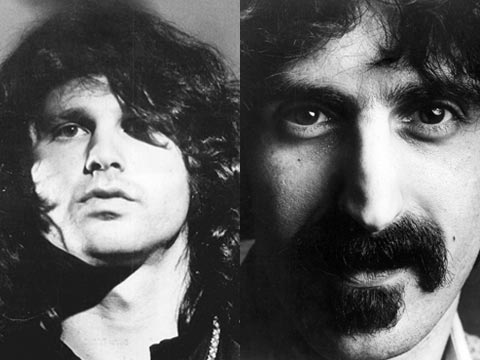 In the 1960s, a popular conspiracy theory had it that LSD and hippies were invented by the CIA. The idea was to hook kids on sex, drugs and rock & roll, so they would not overthrow the military industrial complex. Accomplices in this diabolical scheme were the Beatles, Jim Morrison, Frank Zappa and other residents of Laurel Canyon in L.A. Joseph Flatley dove down this conspiracy rabbit hole to find out how this happened…

6. GOIN’ HOME WITH THE ROLLING STONES Believe it or not, there was a time when even the members of the Rolling Stones had to go through the rite of passage of moving into their own homes. A new collection of photographs by Gered Mankowitz of the band members in their various residences in 1966, offers some clues to their personalities and perhaps even some household tips for home buyers in 2020. Tosh Berman gives us a tour.

7. TINA BELL’S HIDDEN LEGACY: THE BLACK WOMAN WHO CREATED THE SOUND OF GRUNGE 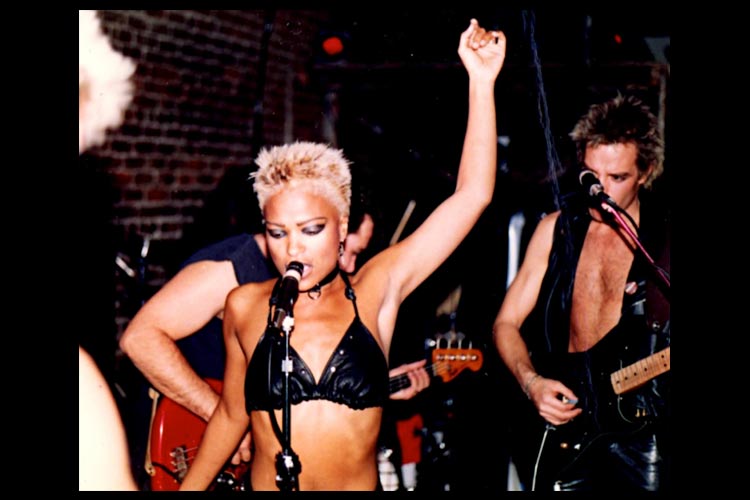 In 1983, the Seattle band Bam Bam, fronted by a talented Black woman named Tina Bell, created a sound and lyrical foundation for a genre that white men with knit hats and plaid shirts would later make famous as “grunge.” Bell was backed by husband Tommy Martin and lifelong friend Scott Ledgerwood. Jen B. Larson digs deep into the archives to give Tina Bell, who died in 2012, her props as the uncrowned “Queen of Grunge.”

8. THE PUZZLING CASE OF PATTI SMITH: GROUNDBREAKER, ‘GODMOTHER OF PUNK’ AND YOUR MOM’S FAVORITE AUTHOR Patti Smith has been one of Billy Hough’s “Ride-or-Die” favorites ever since he heard her debut album, Horses. In his inimitable style, Billy muses on and marvels about the poet, playwright, author, musician and icon; he also messes with her current status as “living saint.” In short, Billy gives us a refreshing reconsideration of the whole essence of Patti, the artist and human being, through the lenses of her albums and published books. The former guitarist/vocalist of the classic English punk band has, since he left the Stranglers, had a long and wide-ranging solo career as both a musician and writer. Cornwell talks at length about his musical roots, solo projects, friendships with Richard Thompson and Ian Anderson, his novels and podcasts and how Shirley Bassey (yes, Shirley Bassey) saved punk rock. Joni Mitchell was a “folk singer” for two years, but she has been an artistic badass for more than half a century since. Her pioneering work and enduring influence over the decades are, however, often reduced to that early image of the twee folkie. Scott Schinder presents a persuasive case for Joni Mitchell as “one of her generation’s most formidable artists.”